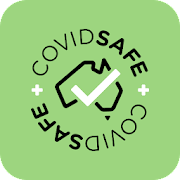 Probably because I do IT stuff for a living, which includes IT Security, I've been asked by a few people will I be downloading the Australian Government's "CovidSafe" app?

This is an evolving topic, but I'd like to give a level-headed answer as of today. It might be different tomorrow.

First off, I'm not the sort of person that wants everything to return to "normal" urgently. Our planet is getting a well-deserved break from the worst ravages of humanity, and it would be great to take advantage of this time to make things better afterwards. So the argument that "just download the app already so I can go get my hair cut and play the pokies again" isn't really that compelling. I do watch on sadly at the personal impact on people's jobs, the arts scene, the cafe culture and our assumed freedom to roam. But I don't think downloading and installing an app that potentially takes away our liberties is worth it, until someone proves otherwise.

Contact tracing has been by all accounts EXCELLENT before this app. I'm still hunting for someone involved in this work actually asking for an app to fill some sort of gap in their capability, and describing what that gap might be. An actual epidemiologist says "This only complements, rather than replaces, the existing contact tracing process. All cases will still need to be interviewed. If only half the population have the app installed, then you would then expect roughly a quarter (0.5 x 0.5) of contacts to be detected by the app."

(Tech friends, this won't be a hyper-tech post. Go check out my Twitter if you want more details and sources).

So, there's three parts to this CovidSafe app:

So, at this point I'll install the app when:

As for the "but Facebook and Google already know everything about you anyway, so why not" argument:

But like I opened with, who knows what tomorrow will bring.